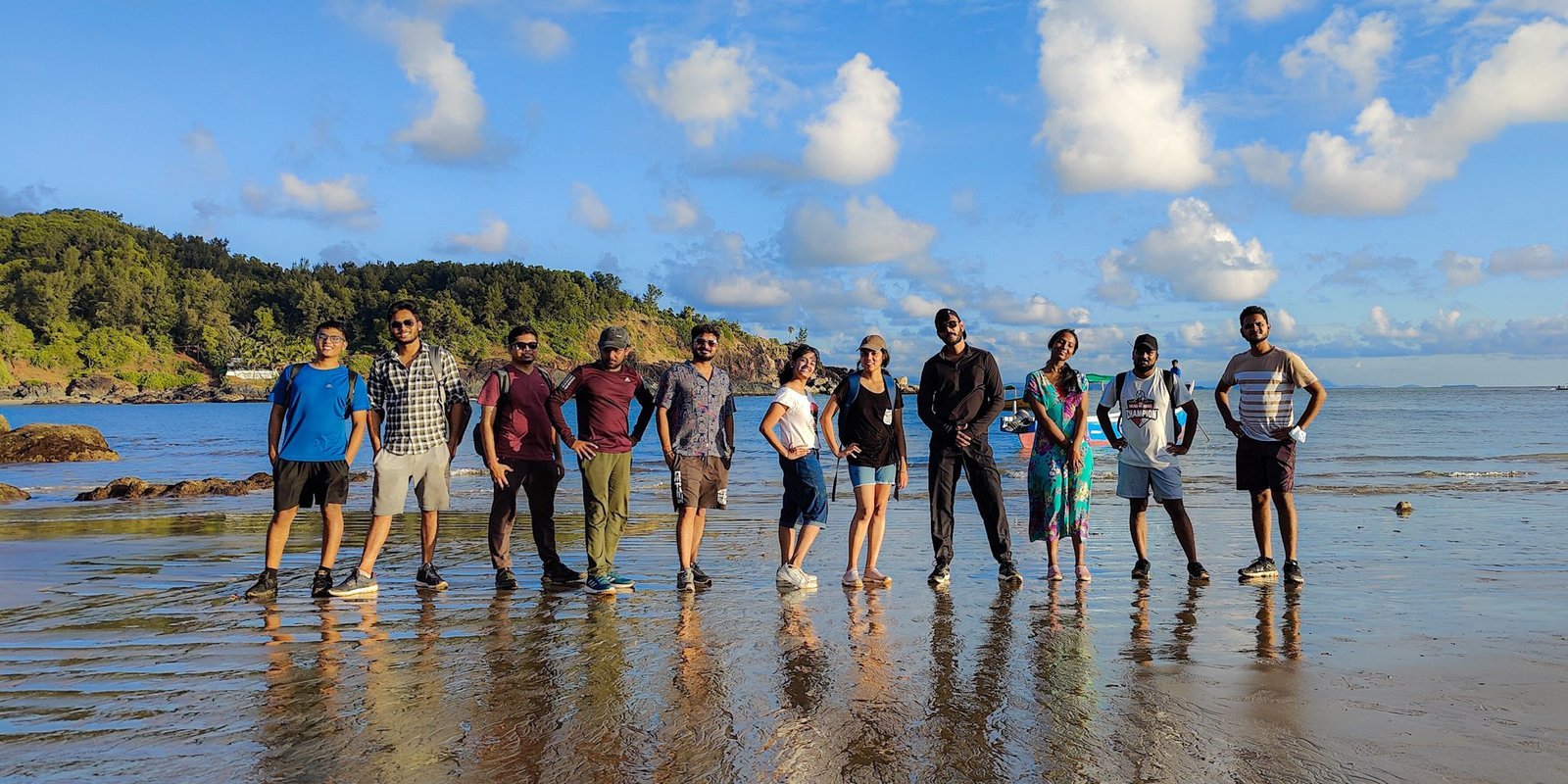 How long will you choose to Netflix and chill for every weekend, going just to Commercial Street and Indira Nagar for the Friday drinks? Let’s take a detour from the usual weekend routine, this time. Bangalore offers you a myriad of options for a weekend getaway, only if you know where to escape to.

Just a few hours drive can get you to a beach where you can chill with your best friend in a cafe with exotic cuisines overlooking the sea or trek amongst the Western Ghat hills. Breathe in the fresh salty air or find an unexplored terrain in the woods; waking up to a sunrise in a new place once in a while would definitely rejuvenate your soul instead of waking up late and walking to your favourite cafe for brunch.

Showing 6 of 6 trips Sort by 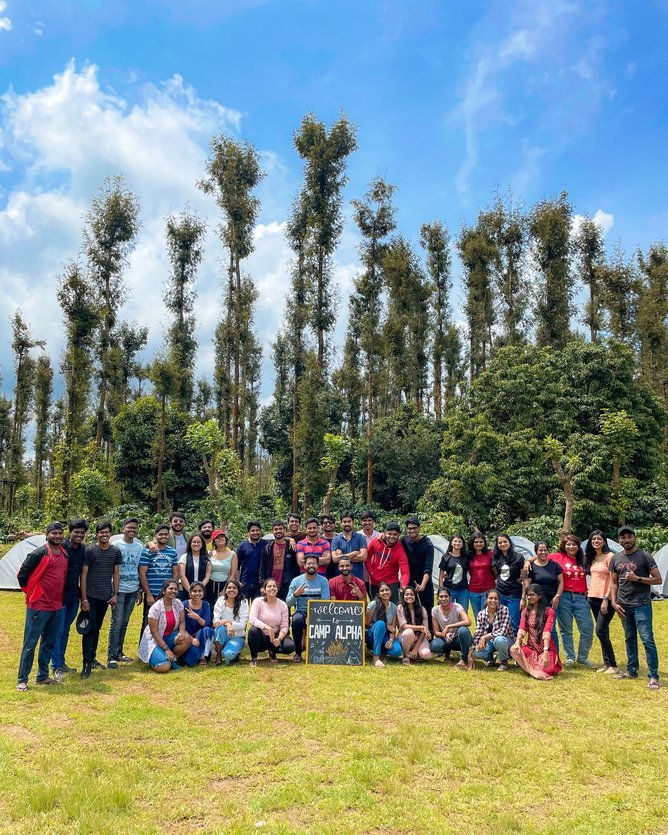 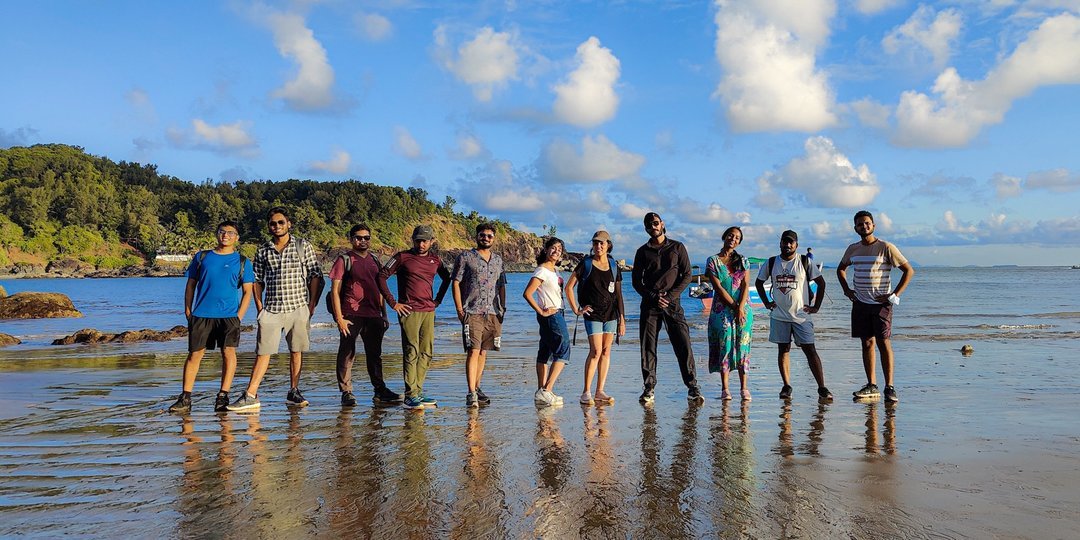 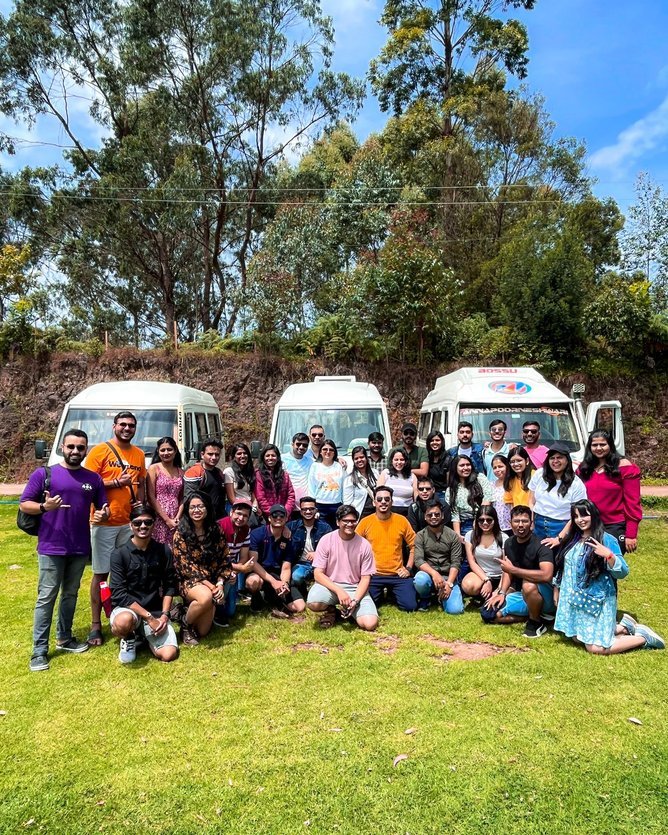 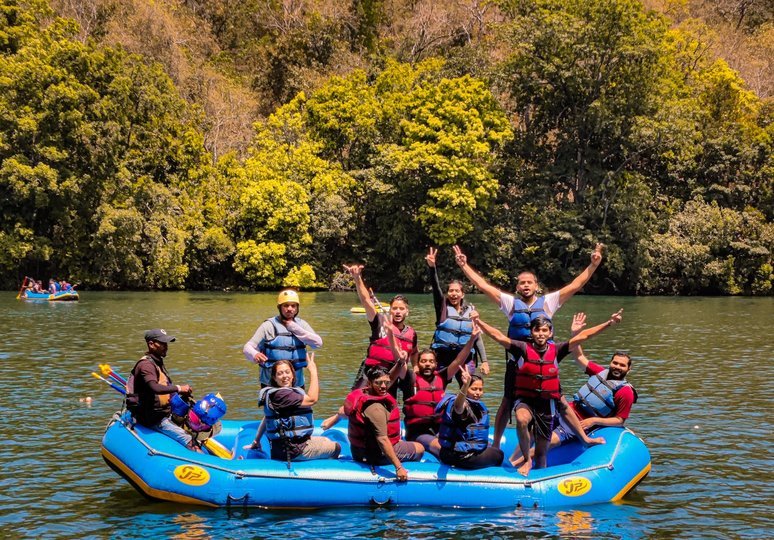 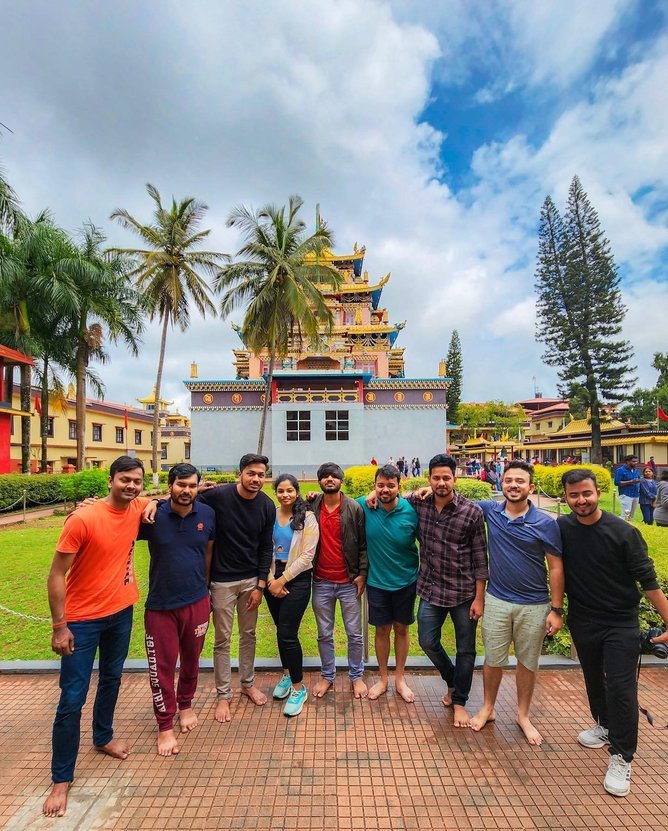 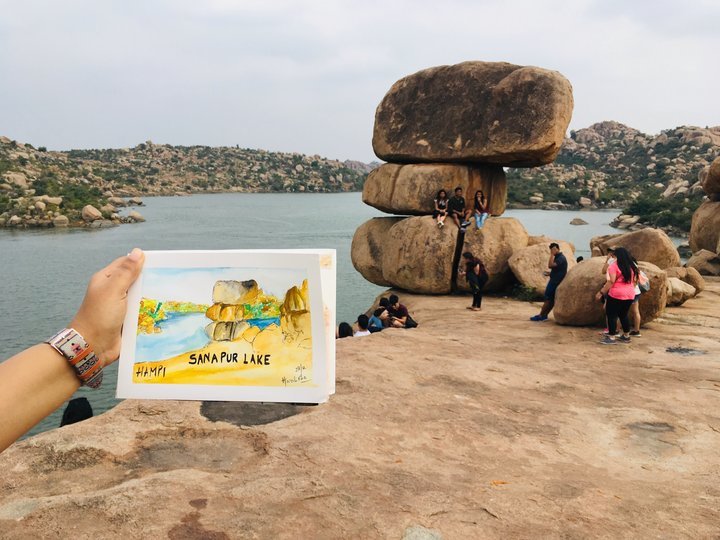 Place to visit for weekend getaway

What do you visualize if we ask you about a weekend on a beach? We would not be surprised if you say Goa. And that’s precisely why we need an alternative to Goa, one which is away from the humdrum of life, one which brings peace and serenity for the weekend.

This is precisely what Gokarna offers. If you are looking for a place for an escapade, to take a break after the week-long 9-5 office hours, and are tired of glancing at pictures of breath-taking beaches on your monitor, go ahead and pack your bags already.

At a distance of about 500 km from Bangalore, is the sleepy temple town of Gokarna, more so known as the hippie town. While the famous Mahabaleshwara Temple is quite the attraction of the coastal town, unadulterated beaches overlooking the clear, blue Arabian Sea, adventurous treks, cuisines from all over the world, and the hippie culture is what we seek and find solace in, at Gokarna. Whether you would like to meet new people, enjoy a dance under the night sky, or just a walk alone beside the glowing phytoplanktons under a dark sky, Gokarna has it all.

Hampi in Karnataka is a UNESCO World Heritage Site with over 500 monuments in ruins that were once a part of the capital city of the glorious Vijayanagara Empire. Many regard Hampi as the second largest city of its time, after Beijing.

On the banks of the Tungabhadra, Hampi stands as a grandeur that was ancient India, with its intricate architecture all over the ruins, the sheer brilliant engineering, and a breath-taking escapade. The most important structure would probably be the Virupaksha Temple, dedicated to the patron deity of the empire.

But if you think, Hampi is all about history, you wouldn’t be more wrong. Hampi is the town where history and modernity creates a perfect blend. On the other side of the river, is the Hippie Town, where you can find aesthetic cafes, cultural performances, cuisines from all over the world, and people who would give you a different outlook on life.

Coorg, ornated by an omnipresent layer of clouds over its low-lying hills and surrounded with coffee plantations is the place to be for any nature lover. At a distance of just about 270 km from Bangalore, the small, misty town would be the perfect getaway weekend after a tiring week.

The hill station is popular not only due to its serene topography with dancing waterfalls and streams but also due to the local culture of Kodavas, a community specializing in martial arts. They are known for their hospitality which can be witnessed in one of the innumerable ‘homestays’. The drive to the Scotland of India, Coorg is as adventurous as the town itself, with promising views of stunning mountains, cascading rivers, and eye-feasting views of flora and fauna.

Dandeli, on the banks of river Kali, is located in the Uttar Kannada district of Karnataka. Surrounded by dense forests, the town is rich in biodiversity and forms the perfect weekend getaway for a little adventure.

Dandeli has quite an interesting story to its etymology. The name Dandeli derived from Dandeleppa, a servant of the Mirashi landlords who fell in love with the lady of the family. The lady too was in love with him and wanted to marry him. But Dandeleppa, taking into account the reputation of the family, declined the offer. This enraged the lady who complained to her brothers, accusing Dandeleppa to have misbehaved with her, as a result of which, they sliced her into two pieces. The places where his body fell is said to have a temple erected in his honour.

At Dandeli, whether you delve into a weekend of adventure through the unexplored trails of the Western Ghats or engage yourself in watersports; you wouldn’t run out of fun things to do.

Goa remains on the bucket list of every Indian to visit at least once in a lifetime. Located on the west coast of India, the former Portuguese colony with 300 years of rich architectural heritage is the Beach Capital of the country. But that’s not just why we love the place. With its palm-fringed, sandy beaches, green countryside, Goa harbours a treasure of culture, cuisines, art and architecture.

The tourists never stop flocking in and the state never stops welcoming them. With the country’s biggest music festivals, tropical climate, lazy shacks on the sand, fancy resorts and bustling nightlife, Goa is adored for its Susegad philosophy of living.

Needless to say, you cannot get enough of it. From an adventurer seeking the most adrenaline rush to one who wants to enjoy the sun-tan and sip cocktails, Goa has it all, for everyone. Adorned in baroque architecture, with elegant colloquial catholic cathedrals, forts and bungalows every nook and corner of the state has something new to offer, only if you look.

Chikmagalur has a fascinating story behind its etymology. The literal meaning of the word is ‘the young daughter’s town’ derived from the fact that Chikmagalur was offered as a dowry to the younger daughter of the Chief of Sakrepatna, Rukmangada. Set against the backdrop of the majestic Mullayangir ranges, Chikmagalur also happens to be the ‘Coffee Land of Karnataka’.

The serene environment is enriched with tea and coffee plantations, set in the backdrop of captivating cloudy hilltops at an elevation of 3,400 ft. Amidst the hills, away from the commercial and bustling cities, Chikmagalur is the perfect weekend getaway to escape to and be in the laps of nature. Whether you are a thrill enthusiast or a nature lover, there’s always something for you to do in the city. With numerous cascading waterfalls and the rugged terrain, go for a hike or take a dip in the waters, you will have plenty to explore.

The lush-green town of Wayanad in Kerala is hidden in the Malabar region on the Western Ghats. Sparsely populated, the forest-covered region abounds in picturesque hills meandered with streams, tea estates, and wildlife sanctuaries.

Referred to as the ‘Spice Garden of India’, Wayanad is a hub of spices such as cardamom, star anise, fenugreek, black pepper, black cumin, etc. Adding to its treasures is Asia’s second-largest and India’s largest damn, the Banasura Sagar Dam, the Edakkal Caves from the Neolithic Age to trek to. Witness a majestic sunset at the backdrop of the dam, go for hiking, mountaineering, camping, or rock climbing, you’d never run out of fun activities at Wayanad.

Kodaikanal or the Princess of Hills in Tamil Nadu is one of the most popular tourist destinations in South India. Often considered for a romantic weekend retreat, the quaint little town is blessed with a perfect temperature at any given season.

If you are seeking time alone in the laps of nature, with your dear ones, Kodai is the place to go. Adorned with cascading waterfalls, shimmering lakes, and undulating green hills, the town leave you awestruck with its natural beauty.

Pondicherry or Puducherry is one of the most loved beach towns in Southern India. Being a hub of the colonial culture, it hosts flocks of tourists every year, looking for a little exotic environment. Interestingly, Pondicherry remained a French settlement until 1954, the uniqueness of which can be traced even now.

The French-style houses, cathedrals and churches, little bright-coloured cafes, and the serene, sandy beaches won’t let you bid adieu to the town. Additionally, it is home to Sri Aurobindo Ashram where people from all over the world visit in search of tranquility and spirituality.

If that has still not convinced you, let us take you to Pondicherry for you to witness its nightlife, evening strolls at the beach, and lip-smacking cuisines. We assure you that it’d be a vacation you will remember for a long time!